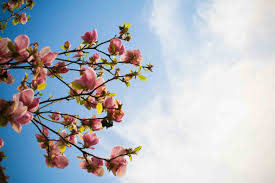 Faith is such a power that keeps a person away from low qualities and mean acts, and encourages him to achieve high attributes and lofty morals. That is why whenever Allah, the Almighty, urges His Slaves towards virtue or warns them against evil, He declares that as an essential requirement of the faith in their hearts. For example, Allah (Glory be to Him) commands to adopt righteousness and truth, and says:

O you who have believed, fear Allah and be with those who are true. (At-Tawbah 9:119)

Moreover, the Prophet Muhammad (peace be upon him) has nicely explained that only when faith is firm and strong, strong and lasting morals would be developed, but if the moral character is low in faith, it will be weak accordingly.

Who is immodest and ill-mannered or who adopts bad habits, loses his faith:

The Prophet (peace be upon him) said, “Modesty and faith are twins. One who gives up one has to lose the other too.” (Al-Hakim)

A man who harasses his neighbour and makes him suffer any kind of damage is called cruel and stonehearted by Islam. In this context, the Prophet (peace be upon him) says:

Moreover, the Prophet Muhammad (peace be upon him) linked the good deeds to faith itself, and said:

Through the firm and perfect faith, noble qualities are nurtured, developed and safeguarded until the good manners bear their fruits. That is why Islam regards good manner as an inseparable part of faith.

Who lags behind in acting according to the moral values of Islamic framework he undermines his faith. Such people were warned against by the Prophet (peace be upon him), and the community has been asked to be careful of them.

Who performs various forms of worship without understanding their significance can only be a man who had not understood the spirit of the worship or has been unable to rise to the real standard of faith.

If a person has high moral character, his worship results in good rewards and nearness to the Almighty Allah. But the one who is deprived of good manners, his worship is useless.

It was narrated by Imam Ahmad that a person asked the Prophet: “O Messenger of Allah! There is a woman who is very famous for her prayers, fasting and a lot of charities, but she talks rudely with her neighbours, what will be her fate?” He replied that she would go to Hell. Then that person asked: “O Messenger of Allah! Another woman does not do much prayer and fasting; she gives only pieces of cheese in charity but she does not harm her neighbours.” He replied: “She will be in the Paradise.”

The Prophet Muhammad (peace be upon him) has explained the relationship between morality and faith, if the faith is strong it will lead to the good behaviour and good rewards in the world and salvation in the Hereafter. However, the misbehaviour denotes the weakness and flaw in the faith itself.

The subject of morality was so important that he reminded his followers continuously. He persisted in advising them until its importance takes root in the mind and heart of the people and it becomes clear that faith, goodness and morality are all dependent on each other. They are connected with each other; none of them could be separated from the other.

Who Is Poor in the Hereafter?

The Prophet Muhammad (peace be upon him) has regarded a person who has different types of worship but has no good manner as a poor person on the Day of Judgment, it was narrated that the Prophet (peace be upon him) once asked his companions whether they knew who was poor. They answered that poor was one who had no dirham or dinar (money), he said: “In my people, the poor is that who would appear on the Day of Judgment before Allah; he had offered prayer; he had paid Zakah; he had observed fast; but he abused somebody, or accused some one falsely; or took some one else’s property without right; or he had murdered some one; or have hit some body. All his virtues would be given to his victims. If his virtues are finished before his evil deeds are finished, then the errors and sins of the victims would be given to him and would be thrown into the Hell.” (Muslim)

Such person is really poor. His condition is like that trader who has goods worth one thousand rupees but he is a debtor for two thousand rupees. How can such a man be called rich?

A religious man who offers certain prayers or performs certain forms of worship, but even after that performs certain evil deeds, behaves rudely with the people or treats poor and helpless people cruelly, how such person would be called righteous?

The Prophet Muhammad (peace be upon him) has explained by quoting an example. He said that the best moral character melts errors like water and bad morals spoil man’s record as vinegar spoils honey.

When wickedness is nourished in the nature of a person, and the loss caused by it becomes manifest and the danger increases, then he comes out of his religion, like an uncovered who has come out of his garments, and his claim of righteousness becomes false.

What is the value of religiousness without good morality? How is it possible that a man may love Allah and becomes a victim of corruption?

This relationship between faith and morality is clearly shown in the Hadith of the Prophet Muhammad (peace be upon him):

“Whoever has these three habits is a hypocrite even if he observes fast, offers prayers, performs `Umrah (pilgrimage), and calls himself a Muslim: when be talks he speaks untruth, when he makes a promise he does not keep it, and when he is given something in trust, he commits dishonesty.” (Muslim)

Moreover, the Prophet (peace be upon him) says:

“There are four habits, in whosoever they are found, he will be a complete hypocrite. If anyone of these habits is found in a person, he will have an element of hypocrisy till he gives it up; when something is given to him in trust he commits dishonesty, when he talks he tells lies, when he makes a contract he deceives, and when be quarrels he starts abusing.” (Al-Bukhari)
____________________________

Source: Taken from www.islamtomorrow.com with modifications. 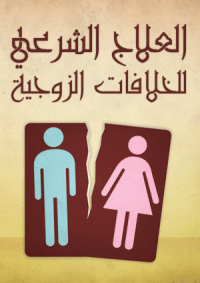 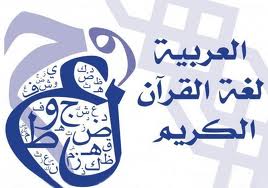 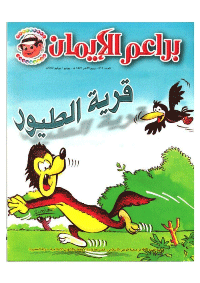