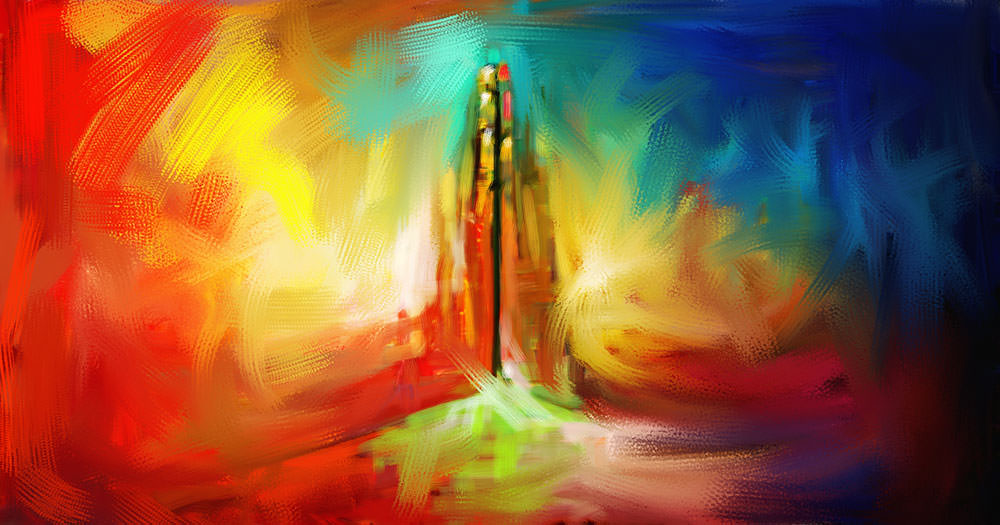 This article aims to compare the practice of greeting in Hinduism and Islam, presenting a study on the linguistic and

literal meaning of the phrases used among the followers of both religions, the history of the tradition, the netiquettes, etc..

Namaste (नमस्ते) is a Sanskrit phrase made of two words: Nam that means to bow down and Aste that means the head and both combined means I bowed down my head to you. (1)

A Sanskrit Dictionary mentions the following:

In short, the Sanskrit word Nam and its derivatives in its essence rotate around one and general meaning that is bowing down. Therefore, Namaste means “I bow down my head to you.”

What is the Difference between Namaskar and Namaste?

Namaskar and Namaste each of the words are used for greetings among Hindus.

And the way to greet with the two sentences is the same and that is to hold both hands and raise them to the chest and to bow the head a little and then to say Namskar or Namaste. (3)

Namaste and Namaskar, are similar in meaning and intention.  Namaskar is made of Nam and from the kar and Namaste has two words Nam: and Te. Te means to you and Nam means salutation: greeting to you. Namaskar is a noun whereas Namaste is a complete sentence.(4)

Hindus are of many sects and castes and not a single group. They have different social and religious groups and each one of them has its own tradition and religious ritual. And so is the way of greeting. However, the best words for greeting for Hindus are just to say Namaste not other phrases.

Some Hindu writers do not agree with these phrases and prefer the word Namaste for greeting as this phrase particularly has many auspicious meanings, such as rearing, nourishment, food, water, speech and punishment. And namaste has its root in Veda, Shastras, Puranas, Ramayana, Mahabharata, etc.), in addition, Namaste has been used everywhere and in most of the Hindu scriptures.

In Hinduism, Veda is ultimate religious authority, so some quotes are presented below to show the usages of Namaste in different occasions:

O President! We greet you

We greet the judge, the death bearer for the sinners.

We greet the preacher and teacher.

Namaste has been used to greet the Hindu goddess or female deities.

O Goddess! Devi! Greeting to you!

Greetings to the revered ladies!

Namaste has been used to greet everyone senior, junior and equal.

Greetings to the elders and children! (5)

We note here that Namaste has been used in different Vedas since the ancient times. In Hinduism, Namaste is a greeting to gods, goddesses, human being, ruler, common people, young, old men and women.

Namaste and Bowing down to Human Being

It is noteworthy that Namaste includes denotation of bowing down for human being; therefore, some Hindus tried to interpret that bowing down is not for the man when he is greeted but for the God who lives inside of everyone and everything.

However, I think that this interpretation emerged in the mind of some Hindu writes recently. In addition, the Hindu sect Sanatan Dharma says of one God, and criticizes the idolatry and polytheism. Furthermore, the interpretation is based on the Hindu philosophy of Wahdatul- Wujud (Unity of Existence) or incarnation.

Or the interrelation has been motivated by the criticism of Muslims to Hinduism as Namaste contains a meaning of polytheism which is contrary to the philosophy of monotheism based on Vedas.

After introducing Namaste the phrase of greeting in Hinduism, here we will present a study on greeting in Islam.

Muslim’s familiar tradition is to greet each other with “As-Salaam-Alaikum,” “Peace be unto you,” when they see a Muslim brother. The complete greeting is “Assalumu ‘Alaikum wa-Rahmatullahi wa-Barakathu (May the peace and blessings of Allah be upon you).”

Greeting in the Qur’an

The subject of greeting has been dealt in the Glorious Qur’an in several verses.Allah the Almighty says:

And when you are greeted with a greeting, greet [in return] with one better than it or [at least] return it [in a like manner]. Indeed, Allah is ever, over all things, an Accountant. [Surah An-Nisa ‘: 86]

Their greeting the Day they meet Him will be, “Peace.” And He has prepared for them a noble reward. [Surah Al-Ahzab: 44]

Greeting in the Hadith (Sayings of the Prophet Muhammad

In the legacy of the Prophet Muhammad (peace be upon him), there is a lot of Hadith on the merits of greeting, rewards, rulings and etiquettes, as we will present here.

Greeting is a Right of Muslim on another Muslim

One of the companions of the Prophet; Al-Bara’ bin ‘Azib (May Allah be pleased with them) has reported: The Messenger of Allah (peace be upon him) commanded us to do seven things: to visit the sick, to follow the funeral (of a dead believer), to invoke the Mercy of Allah upon one who sneezes (i.e., by saying to him: Yarhamuk- Allah), to support the weak, to help the oppressed, to promote the greeting of ‘As-Salamu ‘Alaikum’, and to help those who swear to do something to keep their oaths.(Reported by Al Bukhari)

According to this Hadith, spreading Salam is one of seven things recommended by the Messenger of Allah (peace be upon him).

According to the saying of the Prophet Muhammad (peace be upon him), the practice of greeting leads to Paradise, as the Hadith says:

‘Abdullah bin Salam (May Allah be pleased with him) reported: I heard the Messenger of Allah (peace be upon him) saying, “O people, exchange greetings of peace (i.e., say: As-Salamu ‘Alaikum to one another), feed people, strengthen the ties of kinship, and be in prayer when others are asleep, you will enter Jannah in peace.”(Reported by At-Tirmidhi)

Purification from the Sin with Greeting

Initiating with greeting is a recommended act, but answering to the greeting is an obligatory act in Islam, if did not answer would be regarded a sinner. And greeting purifies a person of his sins.

It has been reported that “When a believer meets another believer and he greets him with Salam and takes him by his hand and shakes hands with him, their sins will fall like the leaves of a tree.” (Reported by At-Tabarani)

It is one of the etiquettes of Islam when a Muslim meets one of his Muslim brothers, he should greet him, and if they both were separated after the meeting even by a tree or wall and then again sees each other they should greet each other again. Sometimes a person rides a vehicle with his Muslim brothers and gets down for a short time and then returns to them again, he should greet them again. It is also etiquette of Islam to convey greeting from one person to another and the receiver should answer to the greeting.

It is permissible for a man to give salaam to his close female relatives with whom he has a blood relationship, like; sisters, paternal and maternal aunts, etc. not to strange females. To greet a very old woman or saying salam to a gathering of females is allowed in Islam.   Moreover, it is recommended to greet and to answer in medium loud voice that could be heard, to wave hand after saying salam is allowed but only waving the hand without uttering the greeting words is not sufficient in Islam.To shake hands is a part of greeting. If a Muslim enters a house and finds no one in it, he will say salam. The words of Salam in this case are a little bit different as one should say when entering an empty house. “As-salāmu ʿalayna wa-ʿalā ʿibād illāhi-ṣ-ṣalihīn.” (Peace be upon us and upon the righteous servants of Allah.)

Times when Greeting is not allowed:

• When using the toilet.

• When the Adhan (call to prayer) is raised.

• When Iqamah the second call to the prayer is given.

• During the Friday Arabic sermon.

• When a person is absorbed in supplicating Allah the Almighty.  After we have tried to present honestly the subject of greeting in Hinduism and Islam, we would like highlight some points in the framework of comparison.

Second: Greeting in Islam is in Arabic language among all Muslims in the world in spite of different languages ​​and cultures, which is the way prevalent among Muslims in the world. While Hindus greet in Sanskrit the language of their religious rituals and the language of their Holy Scriptures; Vedas, but Hindus differ in the words of greeting from one sect to another and are not united among them in greeting as is in Islam as all sects and groups greet with Assalamu Alykum.

Fifth: The greeting of Hindus is something related to submission and bowing down in respect while greeting in Islam is a wish and prayer for safety, security and protection.

Sixth: Greetings according to Islam began since the creation of the Prophet Adam, (peace be upon him) the first human being on earth, as he greeted the angels and they answered. But we do not find exactly when the greeting began in Hinduism, but surely it had been since the Vedic period.

Seventh: In Hinduism there are two separate phrases for greeting; Namaste to older and Namskar to equal or younger. However, in Islam there is one phrase for all.

Eighth: In Islam, greeting is recommended even when entering a vacant house, a greeting to the self and the pious servants of Allah however, such tradition does not exist in Hinduism. 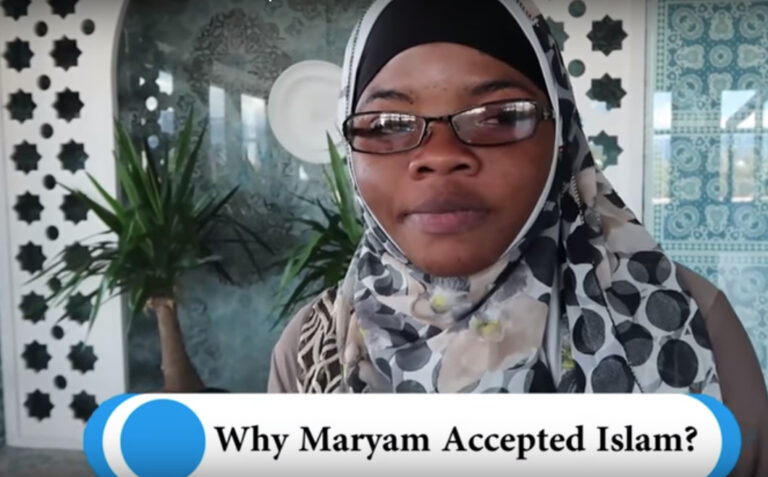 Maryam was raised in a Christian family and she was taught to hate Islam and Muslims.She had doubts about her Christian beliefs. 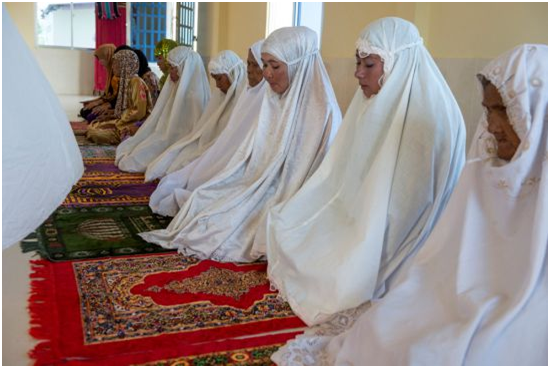 “My whole family now believes in Allah the Almighty and we try to perform the daily five prayers.” she said. “We get better blessings from Him.”

In everyday life we see that society consists of many different kinds of people, all of whom excel in his own field, and each provides a service for the other. Similarly, men and women are different sexes and play vital roles in their own areas of excellence. 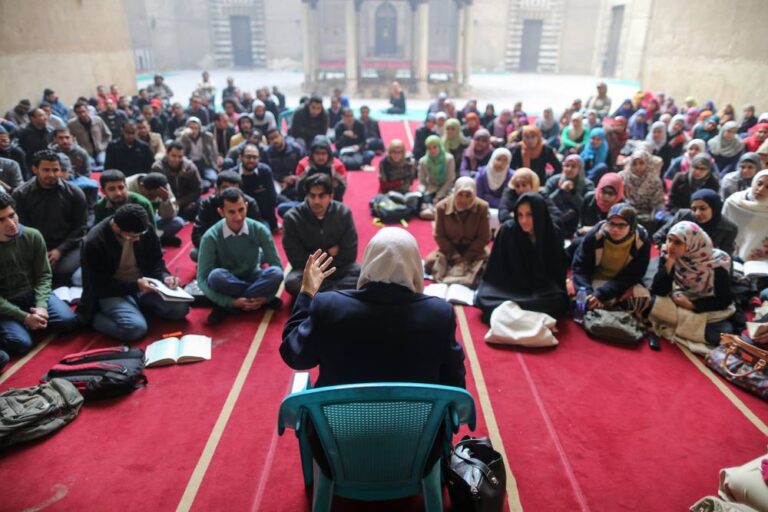 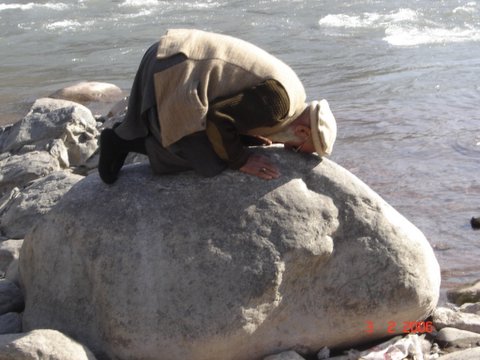 These prayers are spaced fairly evenly throughout the day, so that one is constantly reminded of Allah and given opportunities to seek His guidance and forgiveness. 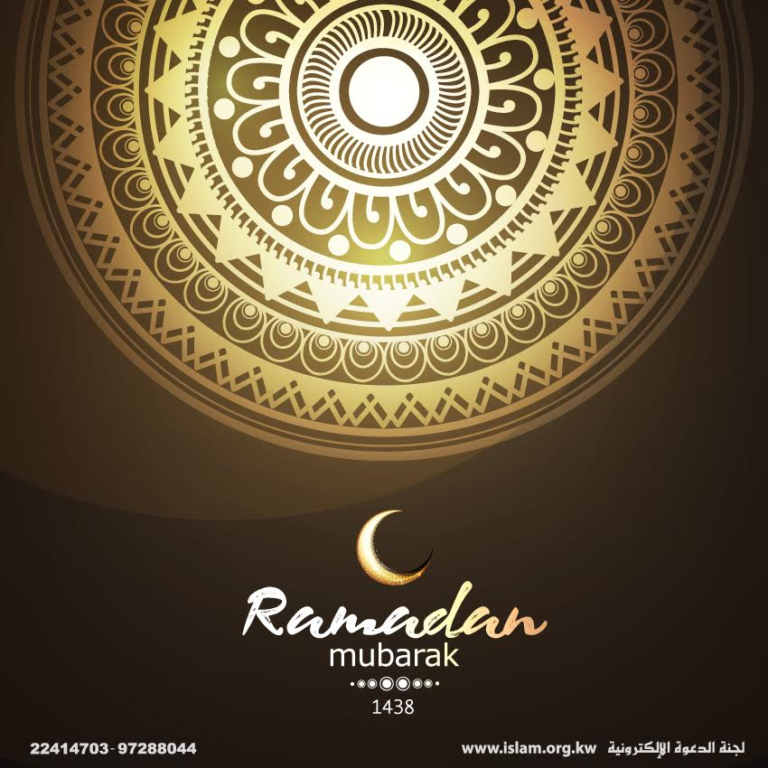 Fasting is to abstain from eating, drinking and intercourse from dawn until sunset with the intention of worship.